Do not waste your time in searching. Go and buy your dream car in budget price 💰This article will help you to find the best and powerful car under 10 lakh, Read this article till the end And know about the top 10 cheapest cars in India.

Here we are going to tell you about 10 cars under 10 lakh in India, Comment your favorite car in the comment section. 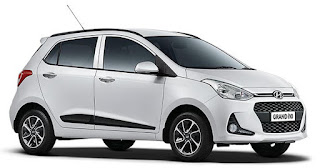 Hyundai Grand I 10 was launched in India in 2013, it’s a hatchback car, After discontinuing Hyundai i10 Hyundai launched Grand I 10 in Indian market, Hyundai now launching Grand I 10 facelift in this year, The Grand I 10 available in 9 Variants that include five variant in petrol and 4 in diesel.
Specification –
The car comes with 1.2 liters of a petrol engine and diesel engine, Petrol Engine Generates 83PS and 114Nm, or diesel engine generates 75PS and 190Nm. Both come with 5-speed manual transmission,
The Grand I 10 has automatic climate control with rear AC vents and push-button start.
Mileage-
Maruti company claims 18 kmpl in Petrol & 24 kmpl in diesel.
Price-
The Grand I 10 Ex-showroom price starts from 5 lakh in petrol variant and Ex-showroom price diesel variant starts from 6 lakhs.
2-
Maruti Suzuki Swift 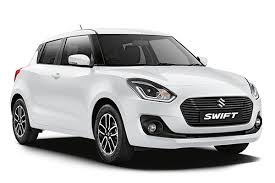 Maruti Suzuki swift new model launched in India in 2018, Now the Swift is the coolest car in the range of 7 lakhs if you are searching amazing the car you can choose swift as well, swiftly comes In petrol and Diesel Variant with manual and automatic transmission.
Specification –
The Maruti Swift has 1197cc petrol engine and 1248cc diesel engine , the car has 1.2 litre 81.80bhp 16V Petrol Engine & 1.3 Litre 16V 74bhp Diesel Engine
Mileage-
Maruti Claims 28.4kmpl in Diesel variant and 22.0kmpl in petrol variant.
Price-
Maruti Swift Petrol Variant Ex-Showroom price  starts from 4.99 Lakh and diesel Variant starts from 5.99 Lakh
3-
Hyundai Elite i 20 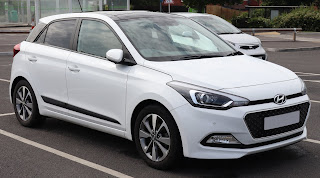 Hyundai Elite was launched in India in 2014, This is one of the most Selling car in India, it is a powerful and stylish car under 10 lakh, it comes in 12 variant and 9 Colours, Hyundai I 20 is the only hatchback car which can Compete with Baleno, it has a new design and powerful engine with sporty looks.
Specification –
The Petrol engine has 1.2 liters, 4 cylinder engine which generates 83PS of max power and 115Nm and Hyundai i 20 Diesel comes in 1.4Litre the engine which generates 90PS and 220Nm, Petrol and diesel both has 5-speed and 6-speed manual transmission.
Mileage-
The company claims 18.6 kmpl in the Petrol variant and 22.54 in diesel variant.
Price-
Hyundai I 20 Ex-showroom price Starting From Petrol variant is 5.50 lakh & diesel Variant Ex-showroom Price is starting from 6.89 lakh.
4-
Maruti Suzuki Swift Dzire

Maruti Dzire was the first to launch in India on 2016, Maruti Suzuki sold more than 2 lakhs of the unit in the past year 2018-19, Dzire has on Second number in the most selling unit, Maruti Dzire available in 14 variant and 6 colors. The 5-speed automated manual transmission (AMT) comes in diesel engine in the Dzire ZDI variant. Maruti Suzuki has launched the third generation Dzire in India.
Specification –
The Maruti Dzire has 1.2 Litre K-series of Petrol engine with 84PS/114Nm, and Diesel has 1.3-litre DDis  with 75PS/190Nm,
Mileage-
Maruti claims up to 22 kmpl in petrol variant and 28 kmpl in diesel variant.
Price-
Dzire Petrol variant Ex-showroom price is starting from 5.7 lakh and diesel variant starting from 6.67 lakh.
5-
Baleno 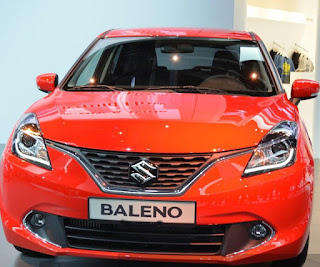 Maruti Suzuki Baleno has been launched in India in the year 2015, Baleno has Superb response in the Indian market, Baleno comes in Petrol and diesel variant, Baleno comes in Manual and Automatic Transmission, it has fantastic features and amazing style.
Specification –
The car has a 1.2-liter petrol motor and a 1.3-liter diesel. The car diesel engine makes 75PS of power and 190Nm of torque and comes with a 5-speed manual/automatic gearbox.
Price-
Maruti Baleno ( Ex-Showroom ) Starting Price is 5.46 Lakh Petrol variant and Diesel Ex-Showroom price is starting from 6.17 lakh
Mileage-
Maruti Company claims 21.4 KMPL in petrol variant and 27.39 KMPL in diesel.
6-
Ford Figo 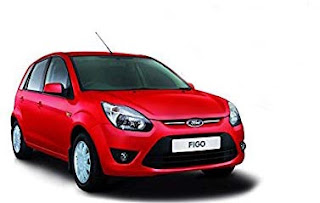 The ford Figo was first launched in India in 2010, it’s a powerful hatchback car, now ford Figo launched its Facelift model its available in Manual and Automatic transmission.
Specification –
Ford Figo available in 3 classic variants first is Ambiente second is Titanium last but not the least is Ambiente diesel, Ford Figo has 1.2litre 3-cylinder Petrol engine which generates 96Ps power and 120Nm of torque and the diesel comes in the 1.5litre engine which generates 100PS and 215Nm, both variants come with 5-speed Automatic/Manual Transmission.
Mileage-
The company claims 20 kmpl on petrol variant and 25 kmpl on diesel variant.
Price –
Ex-showroom price starts from 5.2 lakhs in the Petrol segment and diesel variant starts from 6.3 lakh.
7-
Honda Amaze 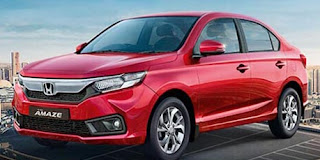 Hyundai launched the Xcent in April 2018, Xcent comes in petrol Cng and diesel variant and its come in 9 variants and 5 colors.
Specification –
The Xcent has 1.2litre 4 cylinder petrol engine which generated 83PS of power and 114Nm of torque and its diesel has 1.2litre 3-cylinder engine which generates 75Ps of power and 90Nm of torque. It comes with 4 and 5-speed manual/Automatic Transmission
Mileage-
Hyundai claims 20 kmpl in Petrol and 25 kmpl in diesel variant.
Price –
Xcent Ex-showroom price is starts from 5.7 lakh Petrol Variant and 6.6 lakh diesel variant.
9-
Volkswagen Polo

Volkswagen Polo is a powerful and stylish car, Volkswagen launched its Black and white edition with no extra cost, Polo is a premium hatchback car. Polo comes in Petrol and Diesel versions, It’s available in variants and 6 colors.
Specification –
The Polo has come in 3 engines its include 1.0litre petrol engine and 1.5litre diesel engine, Polo The third version comes in its GT trims model it has 1.2litre turbo engine.
Mileage-
Volkswagen claims 18kmpl in petrol and 20 kmpl in diesel version.
10-
Wagon R 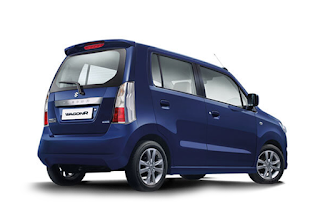 “These are some best option under 10 lakh, May this article helps you to choose your dream car. If you like this article, please share with your friends and comment below your review we’re love to hear from you”We are regularly posting the article on automobiles and technology, Stay tuned and subscribe our news latter Now !! 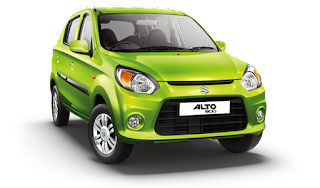 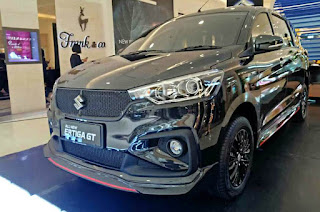 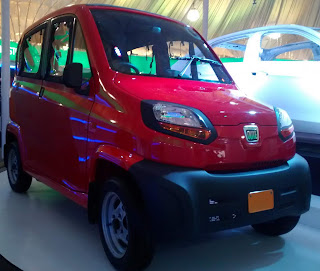 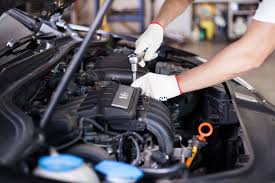 Things you should consider while choosing a car repair service 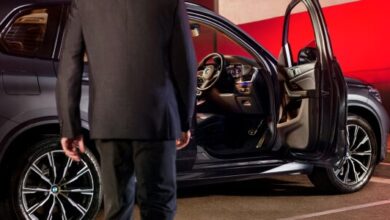 Best Cars You Can Get From Avis