The Ignis from the house of Suzuki started its journey in the subcompact sector between 2000 and 2008. The word “ignis” is very suitably selected and the Latin word means fire and fire means power.
The first generation of Ignis was powered by a new generation engine with four valves per cylinder and variable valve timing. The initial design had two options and were three and five-door hatchback models. They were with 1.3 and 1.5-liter engines of power outputs 87 and 109 hp respectively. The engine series was called the M family by Suzuki. During this time, Ignis had a five-speed manual transmission option and a four-speed automatic option available. Suzuki had done many adaptations during the period. 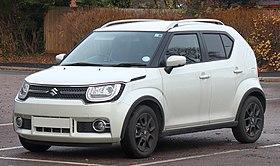 Image of first model Suzuki Ignis SZ5 SHVS Allgrip 1.2
During the period 2001 – 2008 Chevrolet had collaborated with the Ignis platform and developed its variant. Chevrolet developed the Cruze model from the Ignis platform in the SUV sector. In the Cruze model, MG had extended their designing hands. The last in the list at this time is Subaru, and later both were discontinued.

Image courtesy: Indus Motors
In India, it is widely known as Maruti Suzuki Ignis and was a replacement for Maruti Ritz on the roads. Initially, the model was with a 1.3-liter diesel engine with 75 bhp which was the same engine for Swift and Baleno but the Ignis’s body weight was much less compared to them. In India Maruti Suzuki used this new platform( hatch/cross lightweight) for many models and is a huge success based on performance. Maruti Ignis got only 825 kg kerb weight and is enhancing the mileage factor very much. The company accepted the new modular platform and decided to develop more engines on the same. Later by 2018 Maruti discontinued the diesel variant in India due to poor demand.
The new facelifted Ignis is available through the company’s NEXA chain of premium dealerships and other reputed dealers. by the end of 2019 or by the start of 2020 Ignis will be available with a much-awaited facelift and BS6 engine. 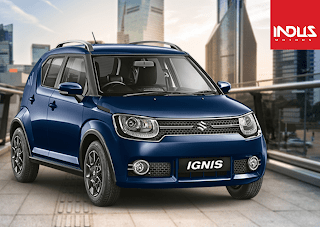 BS6 Compliant Maruti Suzuki Ignis Facelift is coming Soon. Maruti Ignis facelift will have a U-shaped front grille inspired by Vitara Brezza with silver skid plate on the lower bumper. Stay tuned with Maruti dealers near you.
Main Specifications
Some more specifications
Maruti Ignis is definitely at the top of the list of comparisons with its competitors like Hyundai Grand i10, Mahindra KUV 100, Honda Brio and Tata Bolt. If price, mileage, specifications, service cost, resale value, legacy and number of service outlets and dealerships are taken as components of comparison Maruti ignis will easily beat the others for the first place. Visit your nearest Maruti showroom to know more about the IGnis variants, color options, and offers.

Maserati Levante: A lot of car for the money? 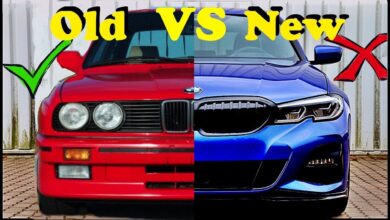 Buying an Old or a New Car End This Debate Now!